Tutorial How use use Helium Backup NO ROOT

Original poster
Sup everyone. I'm gonna show you how to install and use Helium Back on a Non Rooted device.
All Links will be provided in this tutorial. Just keep reading for the good stuff.

NOW ONTO THE GOOD STUFF!​
Tools you will need:

1. A PC
2. A few minutes of your time.
3. Helium Backup Installed on your phone/device 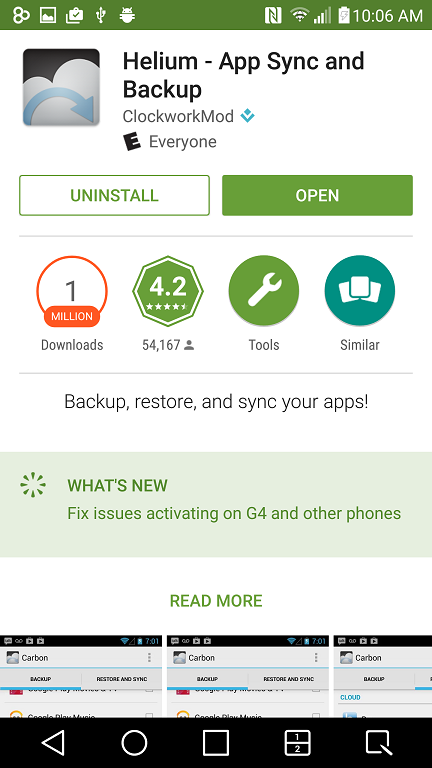 Step 2: Install Helium On your PC 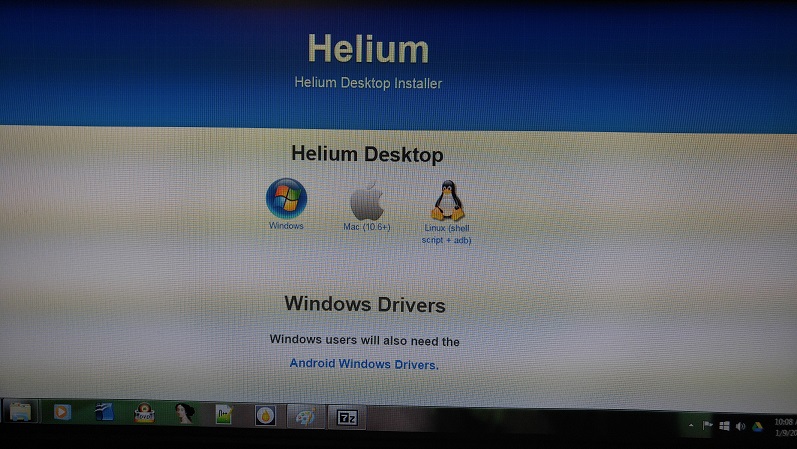 Step 3: Open Helium On Your Phone & PC , then connect via USB Cord. Wait for it to sync.
PC Message 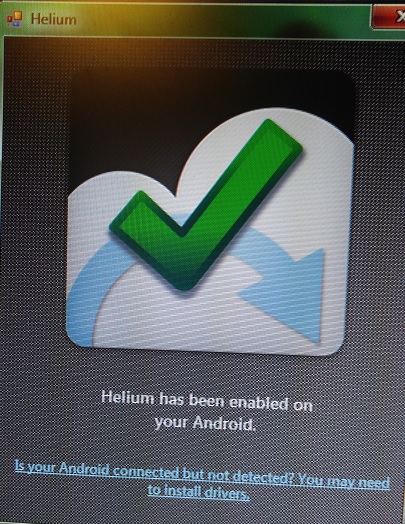 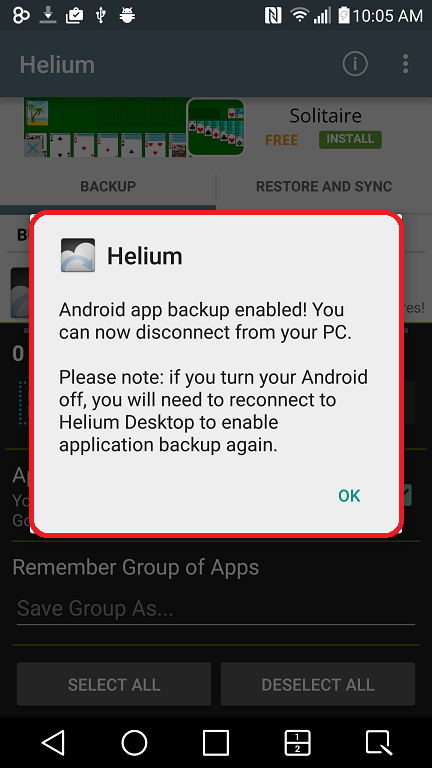 Step 4: Now select the app you wish to back up and check it off. I chose "Asdivine Dios". Now Hit "Backup" 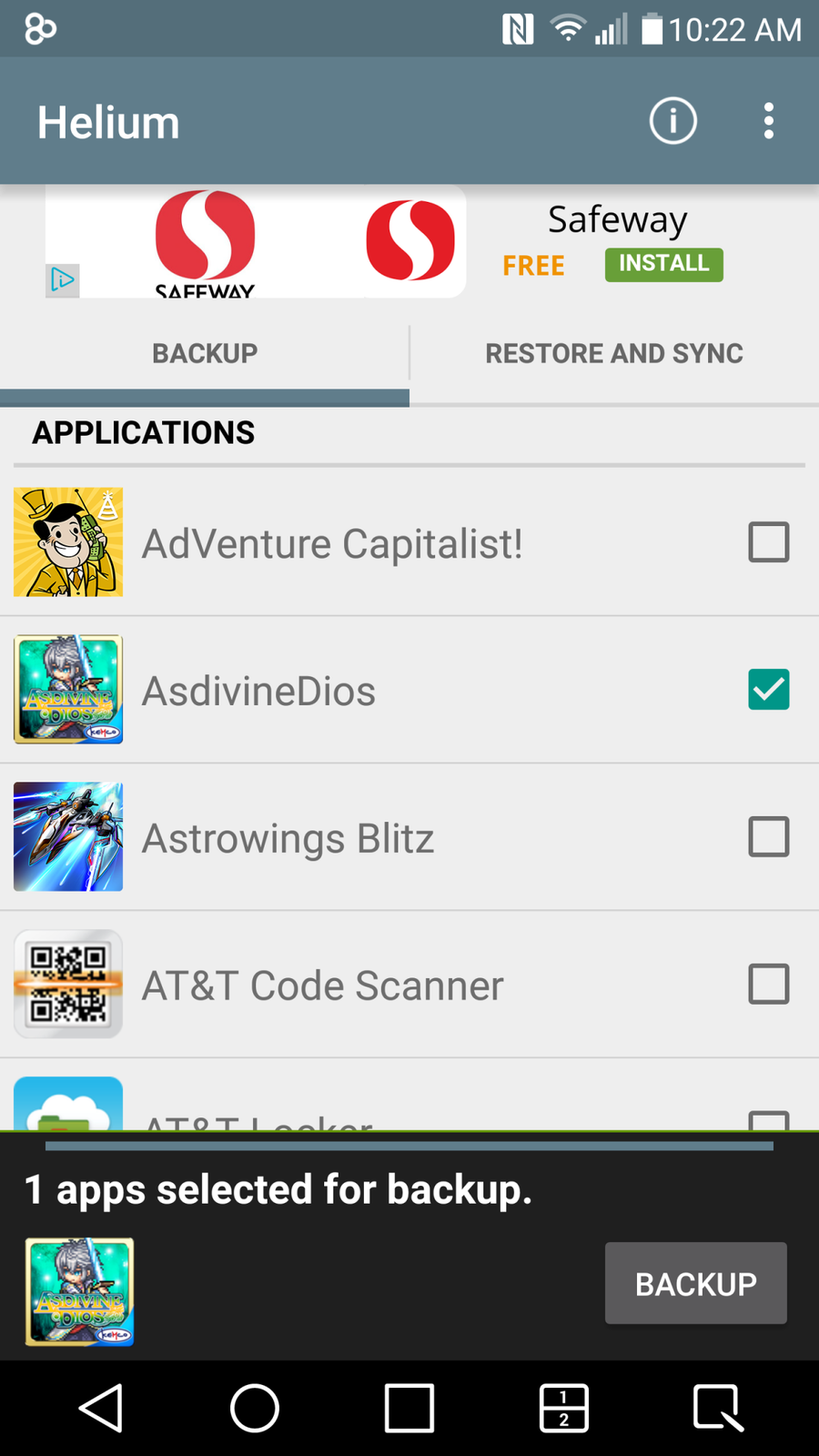 Step 5: Select where you want it to back up to. Select "Internal Storage" It will save it to you SDcard portion of your device, right under the folder "Android" 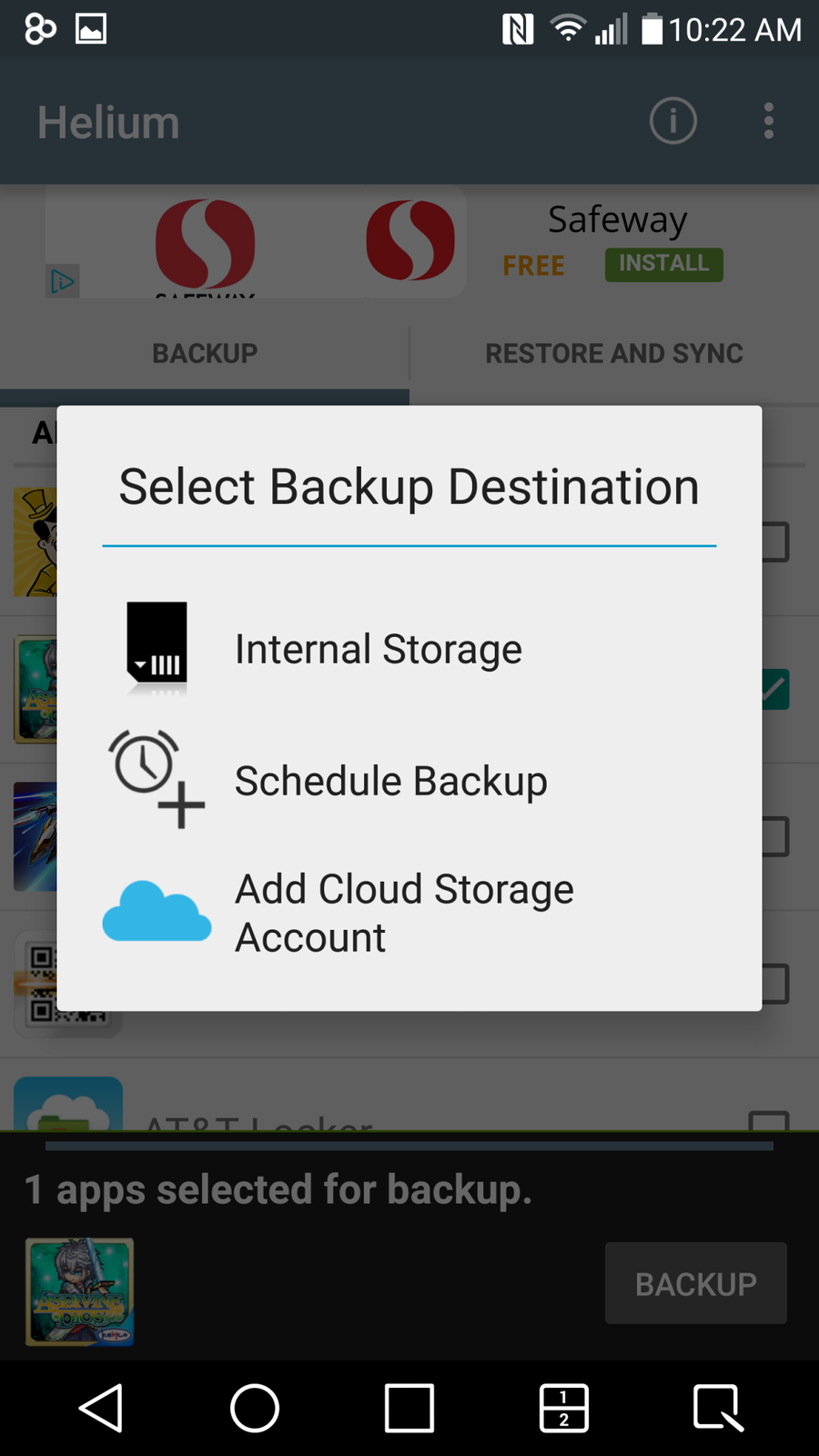 Step 6: Wait for it to finish. 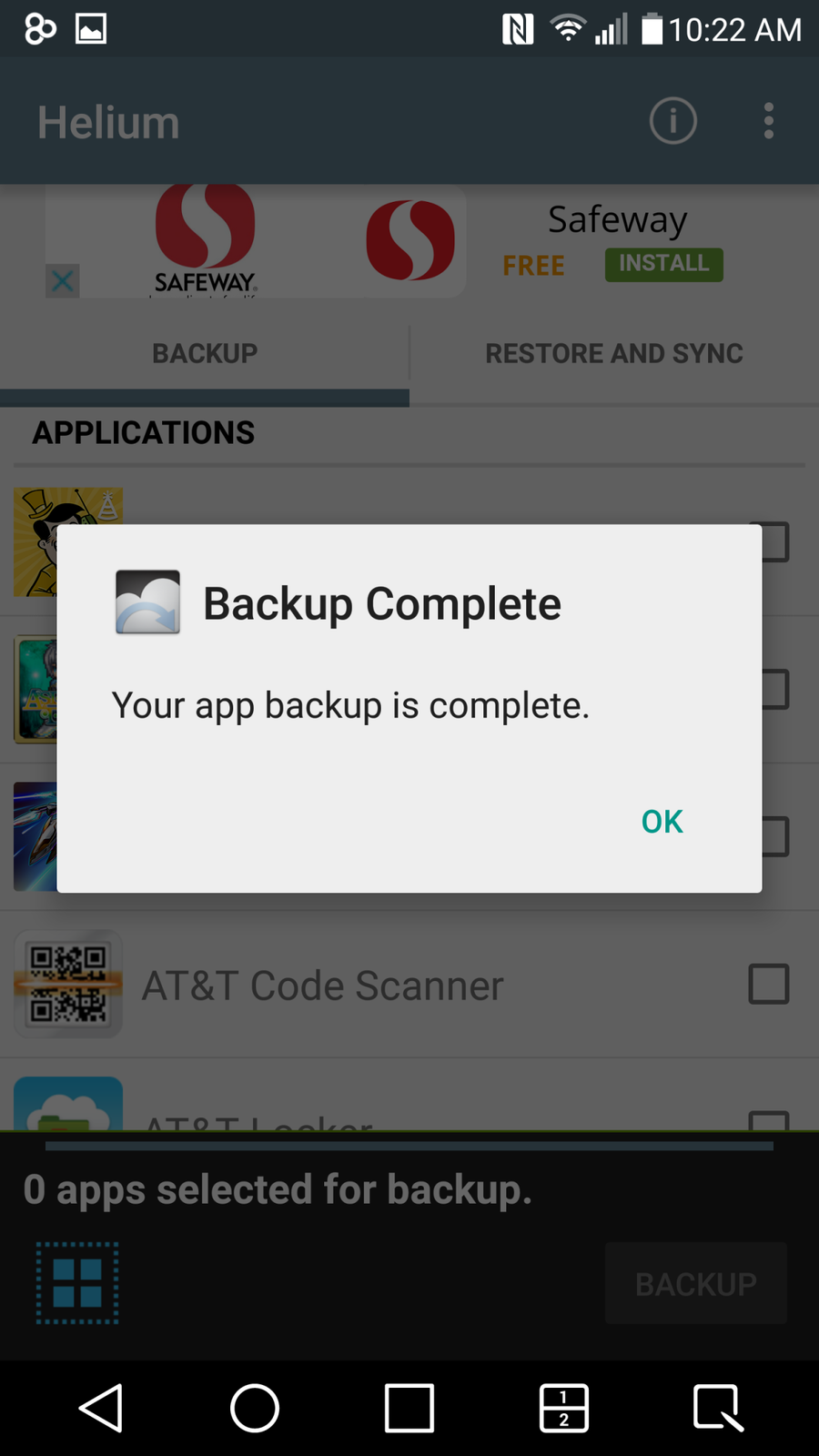 Step 7: Go to your file manager and go under your device/Android & you will now see a new folder called "Carbon" 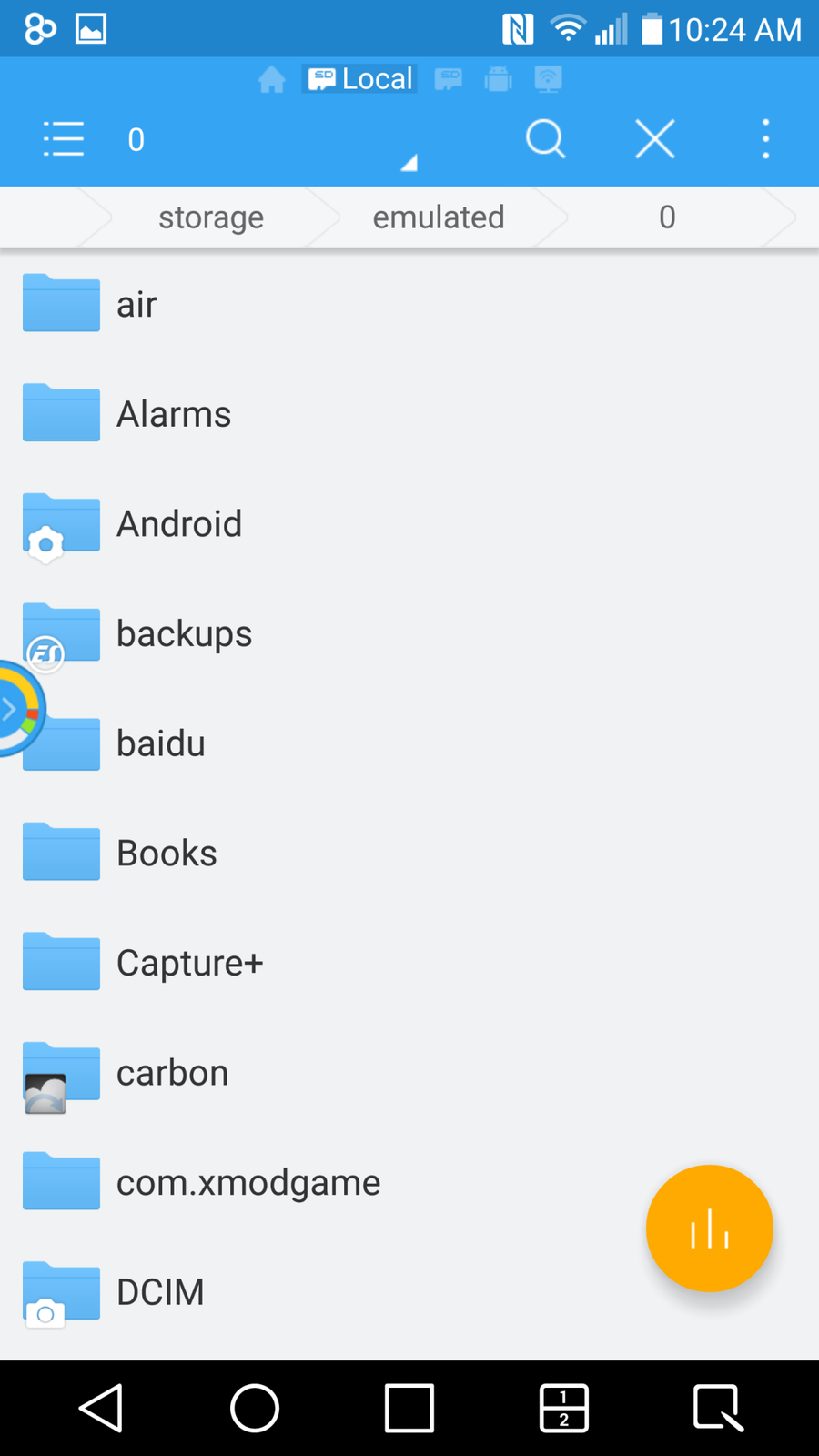 Step 8: Inside the carbon folder you will find a folder with the games name you just backed up. 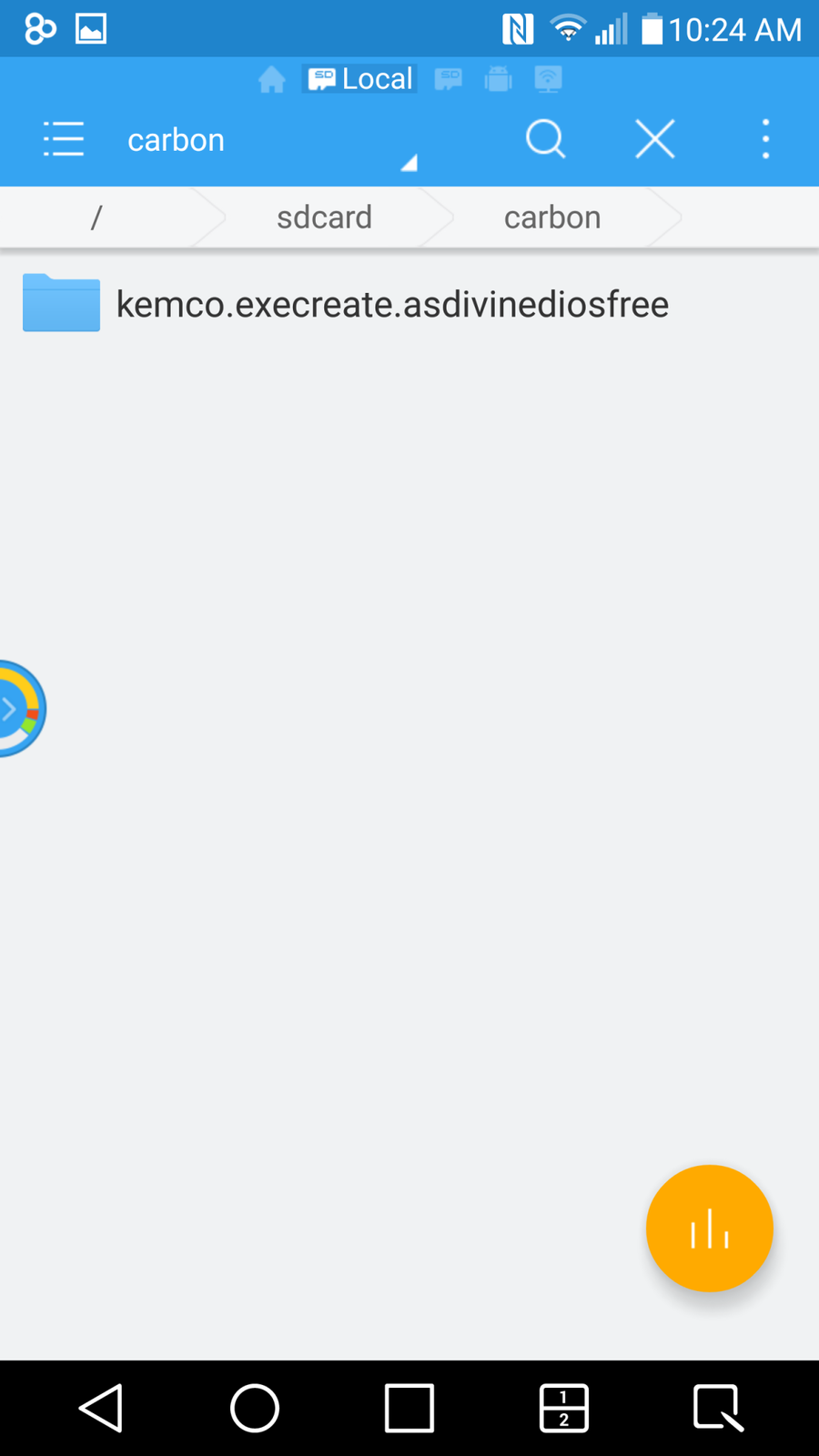 ***Note***
If you read the box in step 3, each time you shut down your phone/device you will need to reattach it to your PC to activate it. This is only needed if you're not rooted. Root users, just install and run, grant root access and you're good to go.

Thanks for the info
J

Google no longer only backs up photos, e-mails, contacts and many other things, but also app data. For the majority of users, the best way to backup app data will be Google's own backup service, often enabled by default.

In order to use it, you have to make sure that the option "Back up to Google Drive" is enabled for your account. You can find the setting under Settings>Google settings>Backup. You can view the active backups in this section.

In Google Drive you can view your backups directly, and in the package you will find the item "App data". There you will find information about which app has saved your data on Google at what time. If you set up a new phone with your Google Account backup, the app data is ideally transferred to your phone immediately after automatic installation. It couldn't be simpler.

One thing is clear: The quality of Google's app data protection depends above all on the providers of the apps. App developers need to integrate the functionality meaningfully into their applications so that Google can reliably back up and update the app data. This is not yet the case everywhere, and you may find some apps in your collection where this does not work. But over time, backup gets better and better, and it doesn't get any more convenient than Google Backup.

If you don't want to trust Google and the app developers to keep your data backed up for you, there are some alternatives for doing this yourself. One of the most popular apps for this is called Helium, described below.

If you want to move your app data from your old smartphone to your new on as described above, you can do it with the Helium app easily - and without having to root your phone, if you get the Helium Desktop Installer. The application is available for Windows, Mac OS X and Linux. If you use Windows, make sure you have all the relevant drivers installed. These can be found here.

Install Helium Desktop, and the relevant drivers if necessary.

Install the Helium app on your old Android device.

Start up Helium Desktop - but don't plug your phone into your PC just yet.

Enable USB debugging on your Android device. This is in the developer options.

Note: If your smartphone isn't detected, USB debugging may not have been properly activated. It may also be the case that the appropriate ADB drivers aren't installed on your computer yet. In the case of a Sony device, go to the Sony Developer website and get them from there. With other manufacturers, you solve the problem the same way.

Start the Helium app on your smartphone and connect it to the PC.

Once your phone has been detected, unplug it from the PC.

Now you can go to the app on your phone and select which apps you'd like to backup the app data for. If you want to do them all, choose Select all and tap Save.

Next, you decide where to save your backup to. You can choose from the internal memory, microSD or the cloud.

Next, you wait a few minutes for the backup to complete.

Once it is done, you'll get a notification that the backup was successful.

If your Android device has been rooted, backing up your app data is particularly easy. You don't even have to connect to a PC.

When you start up the Helium app on your phone for the first time, it will request Superuser rights. These are necessary for backups to be created without connecting to a PC.

Then, you can follow the same process as above to select which apps to backup and where you'd like the backups to be saved.

Helium: restore app data, with or without root access

With or without rooting your phone, the restoration process is the same.

Start Helium glasses on your Android device and go to the Restore & Sync tab.

There, tell the app where to restore the data from. (Restoring from a cloud backup requires the Premium version.)

Then you can choose to restore app data for specific apps, or all of them. Just highlight the apps, and tap Restore.

Now, the app data will be restored. Depending on how much you backed up, this could take some time