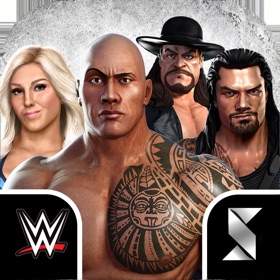 Play WWE Champions, the #1 World Wrestling Entertainment mobile game. Compete in contests based on NXT, Raw, Smackdown and more. Collect over 200 Superstars including The Rock, Hulk Hogan, Ronda Rousey, and Becky Lynch. Enjoy action RPG and puzzle battles. Join over 35 million players and feel the excitement of the WWE Universe. Compete on the Road to WrestleMania in the ultimate match 3 RPG!

FACTIONS & ALLIANCES, WWE STYLE
* Join a Faction to play with friends and to heal and help teammates.
* Strategize with Faction members in your own Headquarters.
* Exclusive Faction Missions earn rewards and loot.

NEW LEAGUE SYSTEM
* Complete goals to get promoted and earn rewards.
* Unlock new content every time you move up a League.

CUSTOM TITLES WITH ABILITIES & BUFFS
* Collect straps and and medals to craft specialized Titles.
* Equip Superstars before the start of every match to gain a competitive edge.

Thanks for the mod! Installed on my Xmax and don't seem to see the mod menu anywhere. Cydia says it's installed but game doesn't show anything. Thoughts?

MrGreenPerc said:
Thanks for the mod! Installed on my Xmax and don't seem to see the mod menu anywhere. Cydia says it's installed but game doesn't show anything. Thoughts?
Click to expand...

Has anyone tried DLG or Localiapstore successfully with this game?
A