The Netherworld, a place deeper than the deepest ocean and darker than the darkest cave. It's a chaotic world ruled by demons, monsters, and Overlords. No one knows quite where to find it. But now this dark place will open to all the players. Enter the Netherworld, try to raise the Strongest Overlord on a strange but exciting adventure.

■ Original stories and music
In the Netherworld, everyone's moral compass is a little different from humans. Unfold the exciting stories of your favorite characters and go through their ups and downs with background music from the series. The“Netherworld History” is for DISGAEA fans to relive their favorite plots once more and for newcomers to learn about the series' previous stories.

■ Classic elements from the series
Everything you love about DISGAEA is now brought to mobile. Call the “Dark Assembly” to unlock various content, travel the infinite “Item World” to upgrade your equipment, and challenge the “Overlord’s Tower” for fiendish rewards!

■ Play Anytime, Anywhere
Auto-Battling at up to 4x speed! Enjoy the epic battle at any time and any place!

Please enjoy the MOD and don't forget to visit us regularly for new MODs or updates =)
Last edited: Jun 3, 2022
Reactions: Pablus65XD, Galaxyweb09, CutiePie11 and 190 others
K 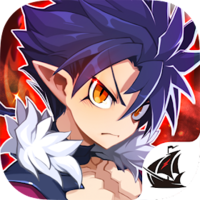