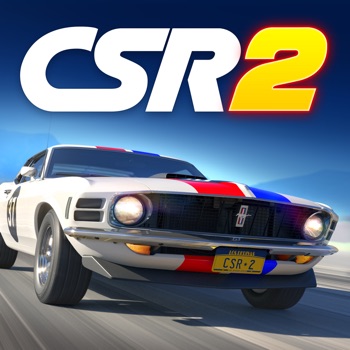 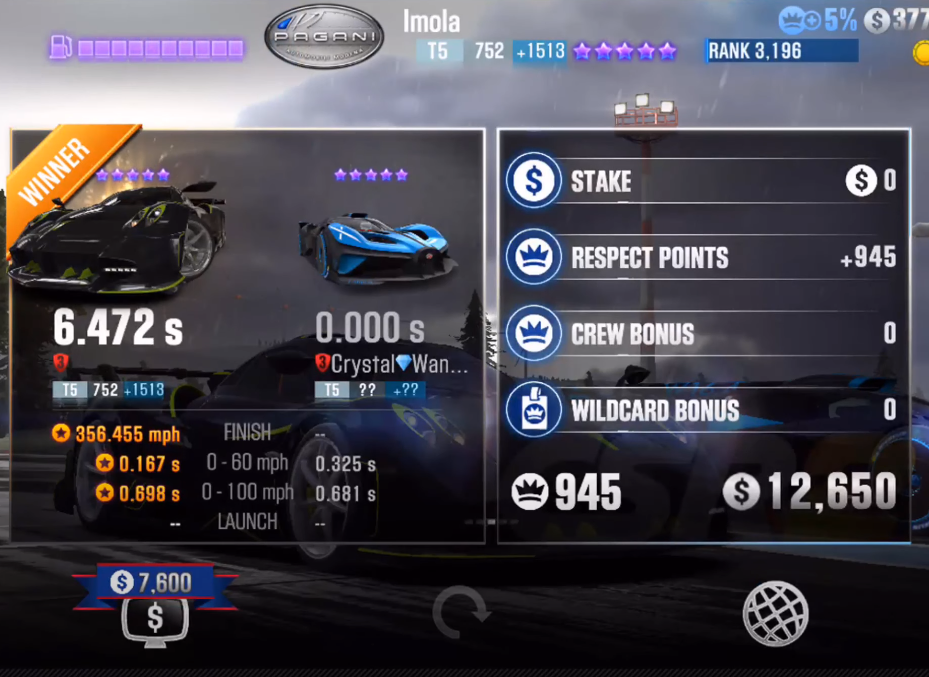 *Mod Description* (There's a good reason why this chunk is so long! )
So it's been almost a year since I made and posted this mod on my YouTube and that other iOS Modding site(April 2020), thing is after this version(2.12.0+), A ton of good and useful mods started getting fixed/patched. So Rather than making a new mod on the latest version with broken/handicapped mods(ie: this mod has edits that just aren't possible anymore. Which is why Most modders on this game use CSRPacker and modify the game save file directly to add cars, upgrades, spare inventory, etc.)

I figured I'd stick with the motto/theme of "Racing to get banned while having tons of fun while getting there!" So!.... First thanks to everyone that gave my Original 2020 Release a download/try/use. Anyway i took the release back into my workshop and Remixed and Refreshed it to give it some Hot New Flavor?, and some much needed quality of life mods. The download link remains the same, so if you've downloaded it before, use the same link to redownload the new Mod IPA(it's about 300MB larger than before.)

View the new Mod Showcase/Montage video to get a sneak peak of what's new
...also it took me 2 hours to make so if you could give it a Thumbs up, that'd be great XD


*New Additional Mods(Previous set below still applicable):*
2021 Theme = "Racing to get banned while having tons of fun while getting there!"
*NEW 2021 MOD Features*
• Modded to connect to 2.18.2 Live Race server and is compatible with 2.18.2 accounts.
• Can Buy Every Car Now including Real Money Cars
• Buying cars now come with stars.
• Stripping cars do not delete the cars from garage, sell them to get rid of them.
• Stripping now also gives 1,000 Parts
• Fixed Live Races so it doesn't hang after you win.
• Race Camera set behind the car
• All Cars have a Varied Speed Boost from the Forced 5 Stars.

*Original year 2020 2.11.0 MOD Features that are still intact*
- Can enter Live races while banned.
- Buy Cars in car shop for 1 cash / 1 gold (Does not include Real Money Cars)
- Can strip any car (needed to get fusion parts for cars)
- Rare Imports crates are free to pull
- Fusion Install cost is free
- Zoom in more than normal in garage
- Headlights are always on
- Extra Fusions, up to 210 fusions on T2 - T5 cars
- Reset Tire Pressure to get Max pressure(may need to do a few times to get it to reset to Max)

*Notable Issues:*
0.) This mod ipa does NOT fix accounts that have had their Cash,Gold,Keys broken by Mod Menus that have the volatile mod where if you stop using it, your currencies are stuck at Zero. So if that's your case, you won't be able to purchase cars on this mod.
1.) Rare Imports is broken(will lock up the game if you try to use it.) I'm not sure what I screwed up but I have no reasons to go back and remake the mod from scratch to fix an almost negligible issue.
2.) Test Race doesn't work, you can still Tune and Dyno.
3.) Showdown obviously won't work.
4.) Last one isn't an issue since this is an older version, but it can't show or render Tuner Cars as those were introduced in version 2.16.0, so if you try to load up a Garage or a Live Race with a Tuner Car, it'll get stuck in a never ending loading cycle. To remedy that when it comes to the Garages, Tap the area where the Garage Selector is at and switch garages or move the tuner car somewhere else so the game doesn't attempt to render it. You can't do anything about it in races, just restart the game. In Live Races, the opponent will appear to have a T1 car, you'll notice this if you're in a T4 or T5 car, that's an indication that the user in question has a Tuner car. Video to explain this for people who have no idea what I'm talking about:


*FAQs:*
Q: Why don't you put these mods on the latest version of the game?
A: Read the first 2 sentences in the Edited Text at the top of this post.

Q: Can I use this as a Duplicate Install against the Original Version? // Why didn't you set this up to be a duplicate install?
A: It's a really technical reason why I chose not to do that, Mainly the Mod doesn't update the profile data because it's a REALLY OLD version of the game and doesn't talk to the Cloud Server as often or the Cloud Server just out right refuses to talk to it in terms of checking if the game save has been updated and if it did, do a Sync. If you want a technical explanation. Listen to what I say in this video == CSR2 Remix | Why Not A Duplicate App | Technical Reason | Watch in 2x Speed

Hidden content
** You must be signed up and reply to the thread or click 'Like' under this post before you can see the hidden links contained here. **
*IMPORTANT Install Notes:*
• You'll need to have the tweak called "Appsync Unified" from Karen(AngelXWind) in order to install the IPA through Filza. Karen's official version can be obtained from her Repo at: Home :: Karen's Repo
• Note: Safari browser may not be able to download the file, you'll need to use Google Chrome browser if that's the case.

*Installation Instructions:*
STEP 0: JAILBREAK NEEDED!!!! and At least 6GB of Free Space.
STEP 1: Download the .IPA hack file from the link above.
STEP 2: Copy the file over to your iDevice using any of the file managers mentioned above or skip this step if you're downloading from your iDevice.
STEP 3: Using Filza, browse to where you saved the downloaded .IPA file and tap on it.
STEP 4: Once you tap on the file, you will then need to press on 'Install' In the top right corner.
STEP 5: Let Filza finish the cheat installation. Once it's done, Install will be highlighted again.
STEP 6: You can now go back to your home screen and there should be an App Icon on your screen. Tap on it and see if it works. if not. try Step 7.
STEP 7: View the video, you're going to need a Terminal app if you're on iOS 11 and older. If you're iOS 12.x, 13.x, or 14.x, just install with Filza and make sure Appsync Unified has been installed.

*Troubleshooting:*
• If the app installs but crashes on launching it. It could be because, You installed the Mod IPA with a computer. This has to be installed on a Jailbroken Device with the Filza app, and you must have Appsync Unified installed.

• Also If you have the 2.18.2 Mod Menu installed by whichever modder you like to use, that may cause this app to crash when the mod menu tries to initiate. So uninstall it the mod menu while using this modded IPA.

• If you are on iOS 11.x or lower, you may need to do an extra step after installing the Mod IPA that requires the use of a Terminal App(any terminal app should be fine.), Review the terminal step in my old April 2020 video here - CSR Racing 2 2.11.0 - Mod IPA - iOS - Jailbreak Required

NOTE: I may not be around to update this when an update drops, feel free to blow me up to update it but if I'm dead or otherwise(especially with all the Asian Hate Crimes in America at this time...I'm Asian/Chinese mix), nothing I can do about it. Adios everyone! Also devices I'm using to test is an
iPhone 6s 9.0 -|I|- iPhone 7+ 10.1.1 -|I|- iPhone 7 13.3

Please enjoy the MOD and don't forget to visit us regularly for new MODs or updates =) | As an aside, visit me on youtube as well lol
Last edited: Mar 26, 2021
Reactions: Jaaku 7, Bcastle4321, mancanfly and 231 others
A

@kuronyx im stuck at rare imports in the tutorial stage how do I bypass this?
M