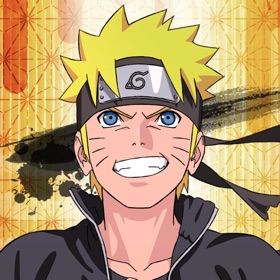 Test your ninja battle tactics in the latest NARUTO SHIPPUDEN game! Take part in Shinobi Formation Battles and battle online with all of your friends. Experience the original story from the popular anime in the first-ever mobile game from the NARUTO Ultimate Ninja series!

Master team field skills, discover new fighting tactics and become the next Hokage in this first-ever mobile game in the Ultimate Ninja series!

Create Your Very Own Ninja Team!
• Form your very own ninja team with over 100 of your favorite NARUTO heroes, each with their own unique attacks and skills!
• Use special team moves together on the frontiers of battle for massive damage!

Play Through the Storyline from the Beloved Anime!
• Relive NARUTO’s classic missions from the original series!
• Relive popular scenes from the Anime, re-created for an unforgettable RPG experience!

Unleash Ninjutsu and Secret Fighting Techniques!
• Master a huge range of ninjutsu, from powerful offensive attacks to ninjutsu that can seal an enemy's movements!
• Some characters also possess even more powerful secret fighting techniques!
• Unleash combination attacks with the Shinobi Formation Battle system!
• Use Field Skills with special characters to turn the tide of battle!

Strategize and Strike at the Right Moment!
• Create battle strategies based on the position of your teammates with Shinobi Formation Battle
• Avoid group hits and to unleash special team maneuvers!

Battle with Other Ninjas Around the World!
• Take the fight online and ally yourself with other players in various missions!
• Play missions with up to 3 people in multiplayer!

Challenge Other Players in Phantom Castle Mode!
• Top the online leaderboards in monthly Phantom Castle events!
• Battle against other players for the most points and see who has the better fighting tactics!
• Take down a multitude of enemies that await you as you climb the Phantom Castle!

It is an official site of BANDAI NAMCO Entertainment Inc. BANDAI NAMCO will continue to provide Dreams, Fun and Inspiration to people around the world, based on our boundless creativity and enthusiasm.
bandainamcoent.co.jp

By downloading or installing this app, you agree to the BANDAI NAMCO Entertainment Terms of Service.

Note:
This game contains some items available for in-app purchase that can enhance gameplay and speed up your progress. In-app purchases can be disabled in your device settings, see Use parental controls on your child's iPhone, iPad, and iPod touch for more details.

Please enjoy the MOD and don't forget to visit us regularly for new MODs or updates =)
Last edited: Dec 9, 2020
Reactions: pichitphol, Anhthangdzz, kadenrule6785 and 1,179 others
K

Thanks very much
Reactions: Badr.zet, Guijacobus, Tadeo14673 and 37 others
I

Mod should now work for iPhones
Reactions: Raphiel, Shelps, Kasy and 4 others
F