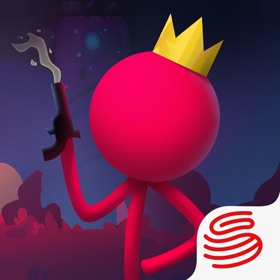 Stick it to them!

Challenge friends and Stick Fight fans from around the world. Control the Stick figure to run, jump, and fight. Face off against each other in 4- stick fight free-for-alls! After 9 matches, rank the top of 4. Now with an armory of humorous weapons and 100+ maps!

Relive the classic Stick figure cartoons with action-packed free-for-all duels!
"
KEY FEATURES:
- The official Stick Fight game on mobile!
- Hilarious battles with up to 3 friends!
- 100 amusing maps, dozens of funny weapons, like guns shooting snakes out, or bomb which blows yourself up, and unlimited ways to die!
- Make your own maps with the built-in level editor: the sky is the limit!
- Customize your stick figures with the brand-new avatar store and color system!
- Brawl online with players from around the world! Download the game and win the glory for your country.

Please enjoy the MOD and don't forget to visit us regularly for new MODs or updates =)
Last edited: Oct 25, 2021
Reactions: Jcjayciah, Farhan769, yoshilh and 318 others
C