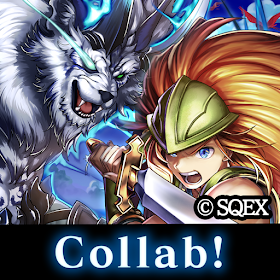 
Visual values remain unchanged but mod works. Battle may get stuck when using damage multiplier.
If mod gets stuck with blackscreen on start (and OBB is properly set), press the "back" button and minimize-go back to the apk for some seconds (Example)

Thank u very much

not work for me...stay in black sreen

signed keeps black screening but i dnt no about unsigned
S

Sign ver. Black screen with massage you may not purchased this item
D

for those who encounter black screen, press back button twice..
it works for me
Reactions: Pequenos2, Devon 2309000 and tankardbr

-I think the developer still allows hacking. But because if hacking DMG makes players legal in Arema, Top Event reports back to Dev because the top is all time hacks like World Boss takes 0s to win -WTF, so they will patch the patch hack like v2.5.0 we can't hack (like warning). If you only hack Immortal and have no skill limits, it is difficult for legitimate players to detect on Rank Events. And if so, it's only on Arena (Only people without brains can play like that) if you've hacked them all and want to compare your abilities really, you should turn them off on Arena or Rank if you want to continue using this mod in future.
-So in my opinion, it's best to completely remove the DMG mod. Because if you ignore the warnings of the Dev side in v2.5.0, the Dev will patch everything in the future and no one will be able to use it.
-Thanks to the modder for creating this mod. Bro, you don't need to try to fix the DMG anymore because if so Dev will increase the difficulty and be able to patch it all without allowing any more hacks, so you do that is more than enough for us (If not enough then it's just a Kid Wibu who is Parasitic and only good at Vandalism likes to be first and foremost, Trash of society) .Mod for fun, phay give the game a way of life, they won't make it difficult for you. Thank you again!
***If you want to verify what I'm saying, join this Discord and see how they complain about their hack and how Dev handle it on this official page: Join the Last Cloudia Discord Server! ***
Reactions: xiliz and pukipuki
D

Those error Code numbers change everytime, they Pop up randomly, i am still stuck rerolling the gacha tutorial.. lol

Those error Code numbers change everytime, they Pop up randomly, i am still stuck rerolling the gacha tutorial.. lol
Click to expand...

Did that, error codes Pop up randomly still, unplayable like this.