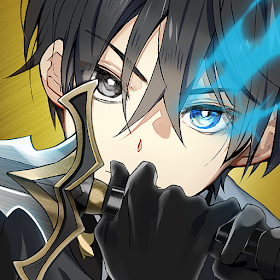 Hello!
My name is Seong-kuk Yun, and I'm the director of Lord of Heroes.
In addition to the screenshots, videos, and other details about the game that we've shared, I wanted to also give you a peek behind the curtain into our hopes and vision for the game.

Our goal for Lord of Heroes was to capture the essence of what games are.

Games can be merely something you enjoy when you're bored or have time to kill, but they can also inspire and influence you in ways that books, TV, online videos, and other media can't.
When I say that, I speak from experience; I became a game developer thanks to the games that inspired me.
The most beloved and highly revered games always find a way to show us something new amidst the familiar, which is exactly what we wanted to do with Lord of Heroes.

Rather than have players step into the role of an unassuming hero who saves the world, we decided to have players take on the role of a monarch who revolutionizes a fallen world.
When designing our characters, we wanted to avoid making them seem overly violent or sexual, and instead focus on diversity and individuality.
As for the gameplay, we worked to design the game in a way that players could progress without having to spend a great amount of time playing.

Some people might not like the game for not having suggestive or violent content, or for not requiring all of your time.
However, we hope for the game to be one that you can easily introduce to your family and friends, and one that will be a natural part of—not an obstacle to—your everyday life.
We are always open to suggestions and feedback, and will do all we can to improve and refine the game.

We hope you'll join us on this journey.

P.S. We've got social media channels you can follow to receive updates, news, and even special gifts! Our Facebook page is listed below.

NOTES:
1. The game by default only works on Android 7+, we tried to increase the compatibility for lower Android versions and emulators as good as we can. However, ARMv7 and x86 devices run instabile and can cause random crashes such as very old Android devices or the most Android 5-7 emulators.

Modern phones running ARM64 architecture should run fine. If you want to use emulator, we advise for this game to use Bluestacks x64.

2. Do NOT use cheats on tutorial or you will stuck!


You want this awesome MOD together with many other games and perks? Get VIP here: