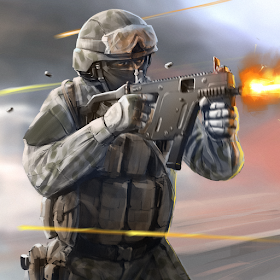 Fight alongside your teammates in massive 20-player war using a variety of iconic weapons (guns, pistols, AK-47, Assault Rifles,). Be ready to shoot to kill all your enemies in this survival game.

Bullet Force currently features 4 polished game-modes including Team Deathmatch, Conquest, Free-For-All, and Gun Game. In all of them you will be in combat against other players

Bullet Force features a free spectator mode and an option to disable HUD, making the game perfect for all your montage needs.

Don't have an internet connection? You can still play the game offline with bots in a skirmish and campaign mode.

We hope you enjoy this new multiplayer FPS, see you in the fight.
*MOD Preview (old menu)*

NOTES:
- Repawn feature can bug or crash the game, only use if really needed.
- Radar and ESP should be enabled before joining the battle.
- Bunny Hop stops working after a while (max jumps server sided regulated?)
- We upgraded the MOD Menu to a newer version then in the video.