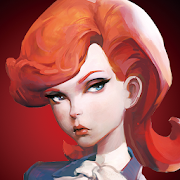 
#Draw Your Guns for a Real-time 1-on-1 Shootout
- Are you the next Don of Cali City? Remember, power is never given; it is earned!
- Take down real players around the world in this real-time 1-on-1 shooting match!

#The Revenge Has Begun
- The city of greed and outlaw, Cali City, has been their territory for longer than anyone can remember. Here, everything began.
- Earn their respect to be One of Them, and take over the Mafia and the Cali City!
- Be what you are born to be! Reclaim what they once took from you!

#Blood is Thicker than Water – Family War!
- Form a Family with your friends to knock off others in real-time PvP match!
- Hit and clip the weaker Families in team PvP to earn special gifts and unlock access to heavier, deadlier guns and arsenal!

#Keen for Some Primo Action?
- Enjoy stunning graphics for a blood-rushing street shootout action, while the jazz bars and street views take you right back to the Swinging Sixties

#Build Your Secret Arsenal
- From classic to sleek, handy to devastating, collect & customize cars and guns to show them off in battle!
- How does your garage look? Do you have what it takes for the 1-on-1 heads up?

Way 3 (root):
Install the MOD over the Playstore-Version after you downloaded the OBBs ingame with the PS-Version.
Follow this patch Guide: Tutorial - [Videotutorial] How To Login With Google+ Or Facebook App On Modded Games
Free Download:

I spent 3 hours modding this game. most of useful function are visual or are not working so only no cooldown that work. I'm sorry about it
Last edited: Jan 6, 2019
Reactions: sao777, PINKFLAVOUR, JeanPierrePolnareff and 78 others
D

well, thank God, at least something new on our coast! thanks dear! and then zadolbali all these similar games, such as "wall to wall" or three to three... thank you!