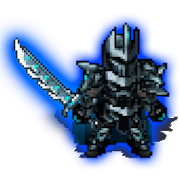 Cheat Requested: One or multiple of the following options would be awesome:

Currency:
- Diamonds (Real Money currency - most valuable)
- Gold (Currency for buying ingame Equipment - needed for pretty much everything)
- Upgrade Stones (Used for upgrading your equipment - Can never have enough of those)

Modified HP or ATK:
- Increased damage x100 or so would be awesome for raids, in pvp it would be too obv. that you cheat... Maybe increase it by a certain %-value, like with the HP)
- Increased HP by some %-Value wouldn't be too suspicious in PvP, maybe like 50-75% or so)

Edit: Found out that PvP is actually almost always vs bots anyway, so a damage increase by x100 or so would also work here :)
Edit: Same for the HP-Modifier

Have you tried any cheat engines?:
yes, but i gave up some time ago after i tried to modify a few games already.
I rather leave it to the experts at this point.

Edit: Tried out Freedom, Creehack and GameGuardian but couldn't get it to work unfortunately :-/
Last edited: Apr 10, 2019
Reactions: kasgosc, Bich07, Gotsi and 11 others
O

Tried myself now with some more Apps (Freedom, Creehack, GameGuardian) and it didnt work.
When i uninstall the game i lose my account btw, so i guess it has to be saved locally.
A mod with increased damage or something like that would be so awesome :(
O

Can someone take a look at it please?
O

edited the thumbnail picture to now work, since it got moved to another forum.
I wanted to have it back here so i can see if someone starts working on a hack :)
Have a nice day everyone.
O

up. please i can pay for that mod
J